What are Floor boxes ZGP?

Floor junction boxes  being floor socket sets marked as ZGP are a response to the needs of users whose main problem was insufficient protection of electrical connection points in the form of floor socket sets against unauthorized access by third parties and low resistance of the covers to mechanical loads (e.g. caused by floor washing vehicles), which caused their distortions and, consequently, the ingress of water and dirt into inside the sets. Such a situation takes place, for example, in shopping malls, where occasional stalls are set up in designated places, but in the remaining period of time, the nests must be tightly closed without the possibility of unauthorized access. Cleaning of floors in large-scale facilities is almost always done mechanically using machine for washing floors, which exposes the floor boxes to direct action of water and quite a lot of mechanical load. In places such as car dealerships, the mechanical stresses are many times greater. Of course, there are products on the market that offer adequate tightness and mechanical resistance, but they require an appropriate operating regime. In competitive solutions, the covers are usually closed with a thread. It is a simple solution, but unfortunately very sensitive to dirt, which prevents the set from being properly and tightly closed in a short time, which in turn leads to the loss of tightness of the can and its flooding with water. ZGP cans successfully deal with all the factors mentioned above, that is:

a) unauthorized access - ZGP have been designed in such a way that they can only be opened with a dedicated ZGP-K key. The keys are included as standard to the boxes and who will have them depends only on the user. Many years of experience of our customers prove that the innovative method of closing and locking the cover is reliable and safe

b) water - ZGP design to ensure IP67 tightness. This level of tightness has been confirmed by tests at an independent research institute in accordance with the PN-EN 60529: 2003 standard, and in actual operation, for example, by maintaining the tightness of nests in Shopping mallGaleriaBałtycka in Gdańsk during the flood in 2017, when the lowest commercial level was flooded - ZGP fulfilled their task and retained full tightness, guaranteeing safety and no losses in this regard

c) machanical load, pressure - the ZGP structure made of aluminum alloy is able to withstand the mechanical load of the cover with a force of up to 250 kN, which corresponds to a weight of over 25 tons. Such durability has been confirmed by laboratory tests in an independent research institute in accordance with the PN-EN 50085-2-2: 2009 standard. Competitive solutions can provide resistance up to a few kN, and special designs only up to 20 kN

d) dirt - the reliability of the bayonet-spring closing mechanism has been confirmed not only in tightness tests, but also in many years of practice in various types of commercial and industrial facilities. In order to securely and tightly close the floor box, clean the flat edge of the box and the edge of the cover, which is extremely simple and does not require any special tools, and then turn the cover by about 10 ° with a special key. Chemical contamination is also not a problem for our cans, as their surface has been anodized, which makes it resistant to most chemicals used to clean floors.

c) Versatile use even under difficult conditions

g) We are not the cheapest, but certainly the BEST! 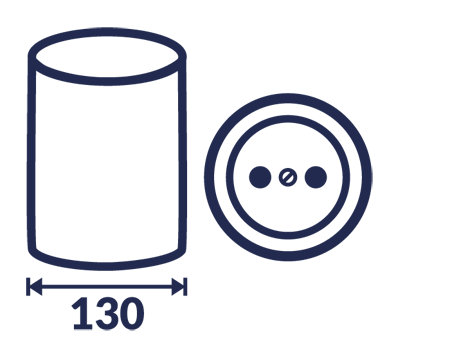 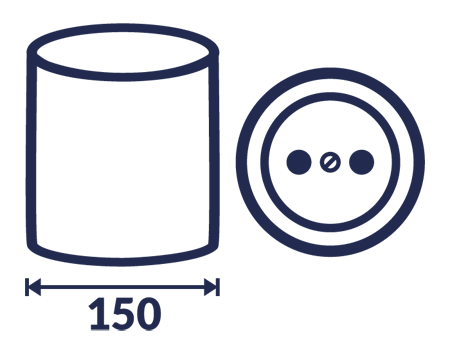